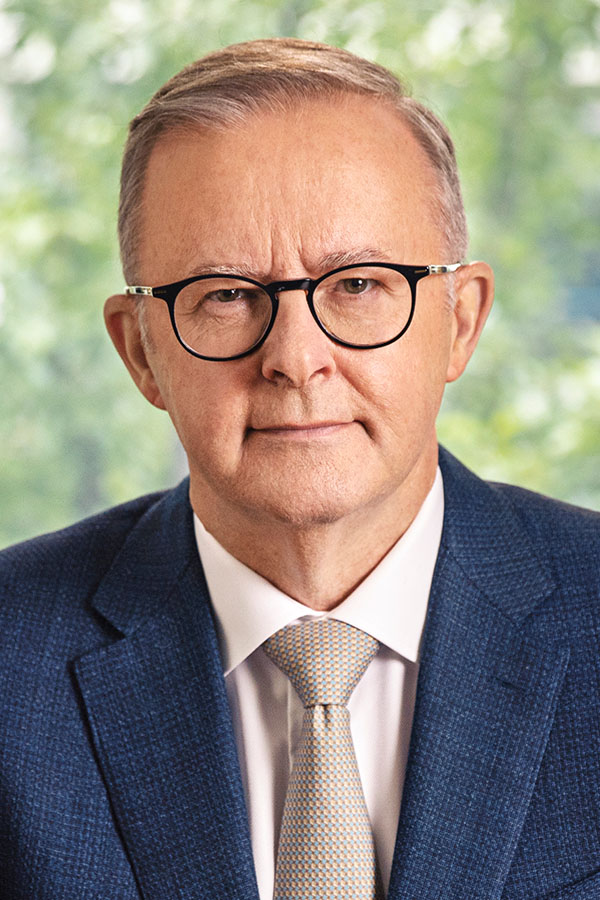 Anthony grew up with his mum, Maryanne, in a council house. They loved their community, their church, the South Sydney Rabbitohs, and Saturday afternoons on the hill at Redfern Oval. They didn’t have a lot, but they had each other.

Those early years rewarded Anthony with an enduring set of values. His experiences taught him the meaning of hard work, the value of a dollar, and the importance of standing up for what you believe in. Along the way, he learned firsthand that we are all better off when we work together.

As he watched his mum juggling the challenges of life on a disability pension, Anthony came to understand the power of a parent’s love in the face of hardship. He knows how hard mums and dads work to give their children a better life.

This knowledge still drives him today, as a leader – and as a father. His son Nathan is 21. Building a stronger Australia to hand to Nathan’s generation is never far from his mind.

Anthony believes Australia needs a leader who will bring the country together. One who plans for a better future, who leads with respect and decency, and who steps up when the going gets tough.

Anthony has spent his life building things that make an economy tick. And after nearly three decades in public life, he knows what it takes to get the economy roaring: unleashing the potential of the Australian people through good jobs, higher pay, and smart investments in homegrown industries that can fuel a post-Covid boom.

As Infrastructure Minister and Communications Minister, Anthony delivered nation-building projects, connecting the country through thousands of kilometres of roads and rail and rolling out the high-speed fibre NBN.

These are big portfolios with budgets to match, but Anthony was guided by his training as an economist and his life experience, which has hardwired into him the desire to ensure that every dollar counts.

Whether it's fighting for better pay and conditions for working people, strengthening Medicare or seeing Australia through the Global Financial Crisis, Anthony has done the hard work of ensuring that government fulfills its primary role: to improve the lives of Australians.

He knows what it’s like when money’s tight at home, and priorities outnumber the dollars. He gets that too many families are worried about how they make their pay stretch to cover the school shoes, the swimming lessons, the car and the mortgage. Making their lives better will be his measure of economic success. The result will be an even greater Australia.

Anthony is proud of where he came from. He is grateful for the opportunities that let him get to where he is. He believes every Australian should have the support they need to achieve their aspirations for a better future.

He knows good government can help. It can change people's lives for the better.

And it’s built into the principle that guides him every day as a leader: no-one held back and no-one left behind.