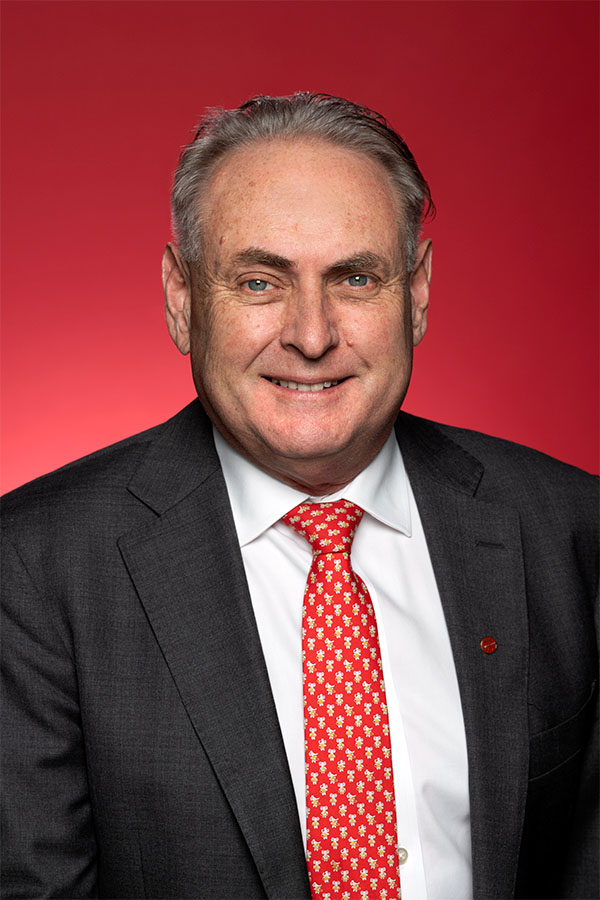 Minister for Trade and Tourism
Special Minister of State

Deputy Leader of the Government in the Senate

Don is a fourth generation South Australian, who is honoured to be representing the people of his home state in Federal parliament.

While studying law at the University of Adelaide, Don worked as a shop assistant and joined the South Australian Shop Distributive and Allied Employees’ Association. This was the start of a 32-year career working for the rights of retail and fast food workers. Don led the union at the state and national level, overseeing the introduction of the 38-hour week for retail workers and universal superannuation.

Don was elected to the Senate in 2008, serving as Minister for Science and Research, Minister for Sport, Minister Assisting on Tourism, and Parliamentary Secretary for Sustainability and Urban Water during his six-year term.

But Don could not sit back and watch Australian manufacturing jobs disappear under the Liberal Government. He again nominated for the Senate in 2016, knowing that only a Labor Government would fight for local jobs.

Don was re-elected to the Senate at the 2016 election, and was the Shadow Special Minister of State, Shadow Minister for Sport and Tourism, and Shadow Minister Assisting the Leader of the Opposition.

Don lives in Adelaide with his wife Nimfa and enjoys working in his Clare Valley vineyard, spending time with his three daughters, and doting on his grandchildren.