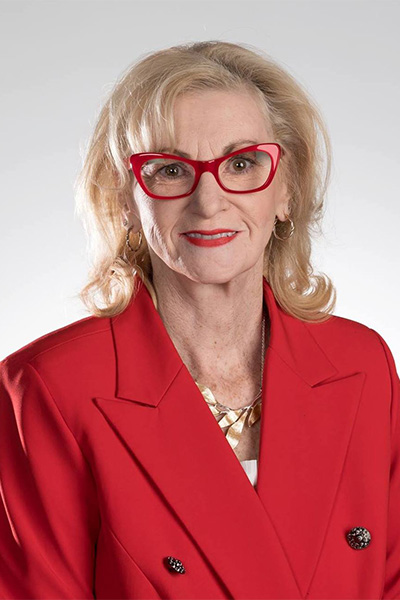 Helen was born in Ulverstone, Tasmania on February 9th 1957. She was the third of four children in the Polley family. Helen discovered her passion for politics early, following in her brother Michael's footsteps and joining the Australian Labor Party.

It was a political passion that was to turn into something much more. Helen held many positions within the party, becoming the first female President of the Tasmanian branch of the ALP from 1992-1995 before being elected as Senator for Tasmania at the 2004 Federal Election. Helen took up her position on 1 July 2005.

Helen's number one passion is her home State and her dedication and desire to see the very best for her State is what drives her in her work representing the people of Tasmania.

She acquired a first hand knowledge of the big issues effecting Tasmanians during her time working for The Hon. Michael Field MHA, two Tasmanian Senators in the 1980s, then as adviser to the former Premier of Tasmania, the late The Hon. Jim Bacon MHA, and his successor, The Hon. Paul Lennon MHA.

Her work at the forefront of Tasmanian politics spanned from the time Labor swept back to power in 1998, when Tasmania was in desperate need of hope and new direction, and continued until she made the decision that she wanted to do even more for Tasmania, and stood for election in the Senate.

Helen is particularly concerned for the rights of Australian workers, and this stems from her time spent in various other occupations, including administration roles and work in industries including finance, transport and manufacturing. Besides fighting for the rights of workers in Federal Parliament, Helen is a passionate member of the Australian Workers Union.

Going hand in hand with her desire to stand up for Tasmania is her rock solid belief in the sanctity of the family unit and her belief in the old fashioned values of honesty and hard work which were instilled in her by her parents, Michael and Eileen.

Helen is married to Albert, and together with their daughters Monika and Jasmine, has been her inspiration to pursue a political life, with the aim of making a difference.