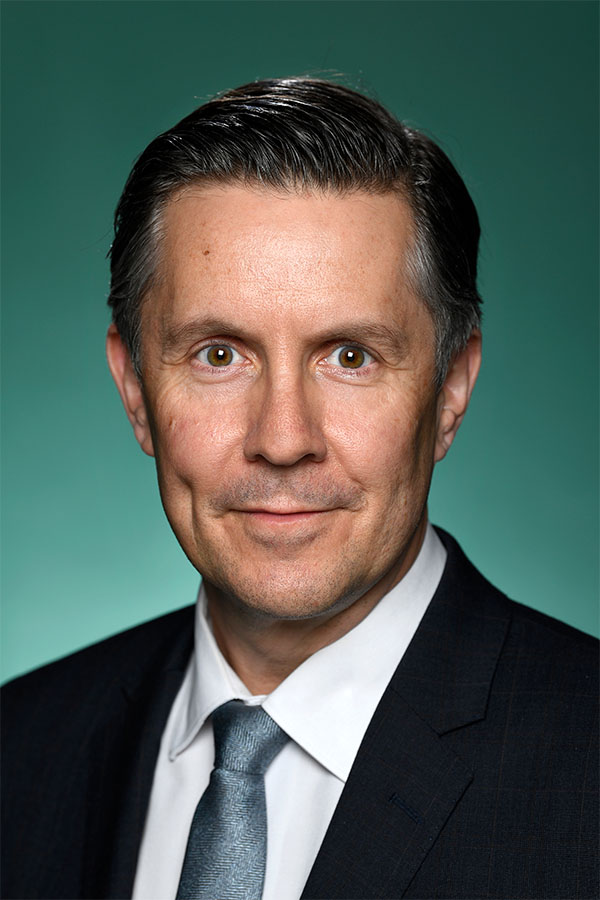 Minister for Health and Aged Care

Deputy Leader of the House

Mark Butler has been a Labor Member in the Federal Parliament since 2007 and is the Minister for Health and Aged Care. He served as the Member for Port Adelaide from 2007 – 2019 and after a federal redistribution, which saw the abolition of the seat of Port Adelaide, he was elected the Member for Hindmarsh.

Mark served as Minister for Ageing and Australia’s first Minister for Mental Health in the Gillard Government. He has also held the ministries of Housing, Homelessness, Social Inclusion, Climate Change, Water and the Environment.

Before Mark was elected to parliament, he worked for some of the most disadvantaged people in the community as an official with United Voice for over 15 years, including 11 years as State Secretary.

In 2003 he was awarded the Centenary Medal for services to trade unionism.

In 2013 Mark was awarded the Alzheimer’s Disease International Award for Outstanding Global Contribution to the Fight Against Dementia.

Mark served as President of the South Australian Branch of the ALP from 1997- 1998 and as a member of the ALP National Executive from 2000 to 2014. He served as Labor’s National President from 2015-2018; he is currently the Senior Vice President.

Mark holds a First Class Honours Law degree, an Arts degree and a Master’s degree in International Relations. He lives in Grange, and has two children. He is a keen supporter of Port Adelaide Football Club.